Sizeable Statuary: Some of the Biggest Sculptures in the World 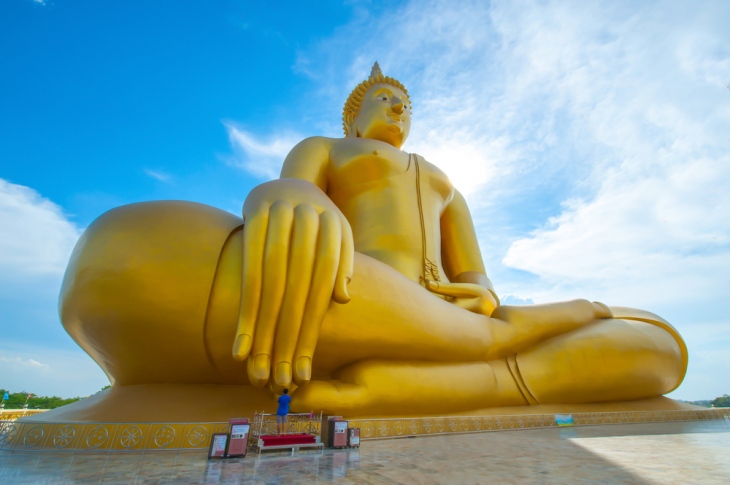 Public art is the artist’s great gift to the world, and a way for big organisations to give back to the communities that support them. Rather than being fenced off in galleries, public art in parks and on the streets is available for everyone, not reserved for those who feel comfortable and happy to visit a museum.

Some of the most notable public art in the world are statues and sculptures that tower over everyone – not dominating the skyline like skyscrapers but ornamenting it. Today we’re taking a look at some of these giants of the art world, and hopefully giving you inspiration for a few places to visit in 2019!

The modern master of the art of gigantic statuary is undoubtedly the Russian artist Zurab Tsereteli. His work adorns colleges campuses, Caribbean islands and even the streets of the City of London. If you want to see his work, you can easily put a list together of highpoints to take in!

If you’re in the United States, you’ll likely be aware of his ‘Tear of Grief’ (officially titled “The Struggle Against Terrorism”) which was gifted to America and erected in New Jersey as a commemoration of the lives lost in the 9/11 attacks – it’s an awe inspiring and humbling sight for any art lover.

No list of sizeable statuary would be complete without this modern day colossus, which is visible from almost every point in Rio de Janeiro. It’s one of the most famous images in the world, but as with so many of these much photographed locations, an image in a book, on a postcard or online is no substitute for seeing it in person.

It’s 98 feet tall, and mounted on a pedestal that is itself 26 feet tall which itself stands at the top of the 2,329 feet tall Corcovado Mountain and that sort of unimaginable scale simply needs to be experienced in person to be even slightly comprehended.

If you’re interested in giant statues, then Asia is a fertile hunting ground. There are lots of large monuments, often religious in nature than have been constructed throughout China, Japan, and the whole continent, but the one that’s perhaps most on the tourist trail is in Thailand. The ‘Big Buddha’ is the centrepiece of the Wat Muang Temple in Ang Thong Province. It’s a towering of 302 feet tall – with a cannily implied greater height, as the Buddha is depicted seated – and gleamingly golden. It’s a sight to behold and one you owe it to yourself to experience!