Leach Field, Mounds, and Other Alternatives To A Septic System 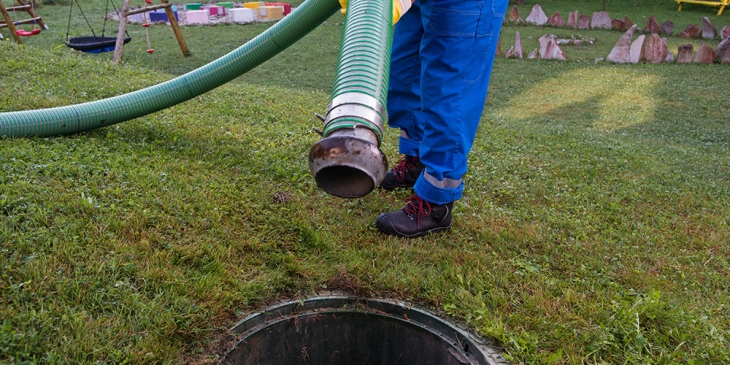 Living in a home located in a suburban or rural area would mean that it cannot connect to the municipal sewage system. This means that installing a septic system would be the apparent choice. As practical as septic systems are, they cannot be used in every situation. Locations where the soil is just too shallow or dense or the water level is just too high a septic tank is not viable. Another issue may prevent you from installing a tank underground which leaves you stressed out on what to do. There are alternatives to septic systems that meet local regulations and keep the encompassing environment clean. Some of these alternatives include a leach field or even mounds.

Septic tanks are not always cost-effective in certain areas although it is the most popular option. Knowing the alternatives can assist you financially. It is also important to know which alternative is most useful in your area and which system would be suitable for your land.

A leach field works almost like a leaching system which is connected to a tank without a tank. The effluent goes from the house towards the perforated pipes in a layer of trenches filled with gravel. The effluent goes into the gravel coming from the perforated pipes before seeping into the soil. The leach field requires less space than the traditional septic system. Leach field beds are often layered. There are limitations to the sizes of the beds because the excavation has to be handled from the edges to stop the compaction of the bottom. Slopes that are steeper are not adaptable to leach fields. A minimum soil depth of 18 inches is required below the bed.

The lagoon system is employed to treat the effluent via exposure to sunlight, air, and bacteria. Storage tanks collect effluent, which drains into solid piping ending at the bottom part of the lagoon. Lateral fields catch the overflow before it drains to the soil. Lagoons are less expensive than septic tanks but septic tanks and easy to install. Lagoons also need low maintenance compared to a septic system. To secure the lagoon, fences and gates are needed. The removal of surface vegetation makes the system efficient. Lagoons are difficult to establish in places with rocky soil or on steep slopes.

The mound system pumps the effluent to a mound using distribution networks within the upper portion of the sand. The effluent enters through the soil, into the fill material, before going to the natural soil. This system is mostly deployed in regions with high groundwater, clay, or bedrock soil. This is often beneficial as it only requires a low maintenance system. This system requires level land, which is hard to design, making it more expensive than a septic system. The mound system requires regular inspection of the system. One problem of the mound system is that it can be disrupted by power failures.

This system features a primary treatment unit that has two compartments, as well as a rock-lined bed. The bed contains 12 inches of rock near an overflow lateral field. This system uses aquatic plants to help the treatment of the effluent. The excess is placed within the lateral field. The fields are often placed on irregular or segmented lots. The wetlands can also be placed in areas with high bedrock and shallow water tables. The disadvantages of this system include the fact that it requires a higher level of maintenance compared to other traditional systems. Constructed wetlands are expensive to install while its longevity is unpredictable.

Aerobic septic systems are residential wastewater treatment facilities. This system adds oxygen to the septic system to help the expansion of aerobic bacteria which will break down the organic waste within the sewage. This leads to a cleaner effluent.

The aeration chamber brings oxygen to the sewage. This allows the bacteria to multiply and break down the waste. Solids fall under a clarifier which is recirculated to the aeration chamber. The effluent becomes free of organic waste and becomes odorless. It rises into another section for disinfection. Once the effluent is chlorinated, the clean water flows to a holding chamber which will be discharged.

Compost toilets break down the effluent. The effluent is held on a bin below the restroom. This is where decomposition takes place. Wood shavings, leaves, and straws help the system. The bin is emptied and buried in the yard. This method eliminates septic tanks. Compost toilets are good for areas where other sewage systems can’t be installed. However, many areas do not allow composting toilets as a standalone system. Improper operation of a compost toilet can cause problems with the disposal of solid waste. The disadvantage of this system is the need for constant heating to properly work, needing a continuous electrical supply.