Garden Plants to Avoid if You Own a Dog

While everyone with green fingers would like to plant a beautiful and welcoming garden, it is important to remember that many plants are toxic to animals if ingested. Unfortunately, because we cannot explain to dogs not to eat flowers or dig up and eat roots, dog owners must take the initiative. To avoid risking your dog’s health, pet experts James Wellbeloved advise that all dog owners avoid planting any flowers, trees, and shrubs that are potentially harmful to dogs, and to learn the common symptoms of poisoning in the event of your dog eating something toxic.

Both plants are actually poisonous to humans, let alone dogs. Most dogs are unlikely to eat Aconitum because this family of plants tends not to smell very nice, so dogs aren’t so curious to taste them. However, some dogs won’t rest until they have had a taste of everything, and side effects can include vomiting or developing heart issues.

Caladium is just as harmful but its attractive leaves and nicer taste make it a more likely candidate for your dog to try and consume. 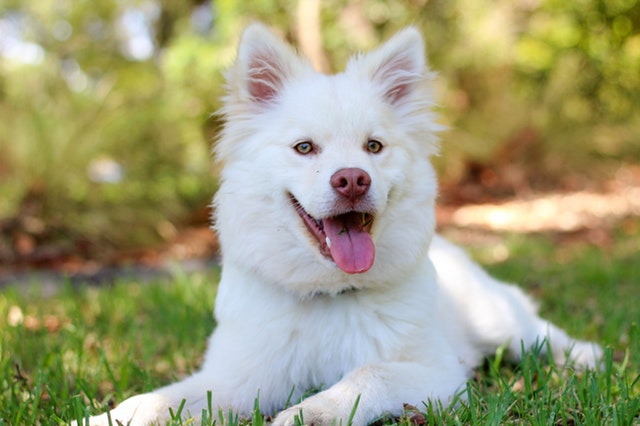 Grapes are very toxic to dogs and can cause acute kidney failure and long-term urinary problems, as well as some of the more common poisoning symptoms. Sadly, dogs don’t know this and will happily nibble at grape vines, so it is safest to remove these from your garden entirely.

It can be hard to resist planting Hyacinths and Tulips. Most gardeners recommend them because they are easy to grow and a great way to quickly add colour and a delightful scent to any garden. Unfortunately, dogs also like the smell of these plants and some breeds, especially Labradors, are prone to eating them. In high quantities, they are poisonous and can cause oral irritation and digestion issues.

While many pets will ignore ivy for the beautiful decorative plant it can be, dogs are not one of them, and many will frequently take bites out of it. The plant is extremely dangerous in high quantities and can even lead dogs to fall into a coma.

Just a handful of Oleander leaves is toxic to large mammals, so the plant can be lethal for dogs who like to dig up plants and eat whatever they find.

Similarly, while Cyclamen is less toxic overall, its root is very likely to harm your dog if they dig it up and eat it.

Dogs will generally not attempt to deliberately eat parts of a Yew tree, but many love to play with sticks. Unfortunately, the bark in Yew trees is full of various toxins which are harmful to dogs, so if they chase or chew sticks from a Yew, poisoning is very likely and can be severe.

Recognise the symptoms of poisoning

This article details some of the garden plants especially toxic to dogs, but there are many more which are also dangerous. While it is important to know if anything your garden might be toxic to your dog, you can also help by being aware of the common signs of poisoning in dogs, including fever, tremors, and vomiting. That way, if your dog shows any symptoms after roaming the garden, you can act quickly and go to the vet, and then find and remove the offending plant later.