Places You Need To Visit In Rome 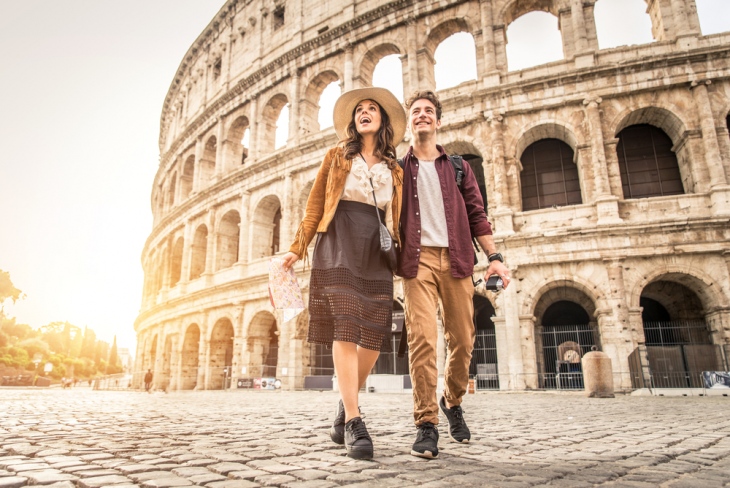 Rome is an ancient city and the former capital of the Roman Empire. There are many interesting spots in the city that you can find.  The Sistine Chapel has various priceless artworks and it is known for beautiful, painted by Michelangelo. The famous artists originally refused to work on the ceiling, because he was a sculptor. Pope Sixtus IV pressured Michelangelo to perform the project and he suffered from long term back and neck problem for the remainder of his life. The surrounding of the Sistine Chapel is worth the visit. Between 1981 and 1993, the paintings were restores to eliminate centuries of grime on the paint. The project takes for longer to complete than the original work, due to the careful and meticulous way of restoring the painting.

Many museums are filled with objects to commemorate the lives and works of famous and rich. But in Ostia Antica, it is about the ancient commoners of Rome. It is intended to commemorate the common people who live on the street and contributed to the great Roman Empire. In the ancient times, the Ostia district was a commercial area and located at the mouth of the river Tiber. It’s an excellent museum to visit and we could find original ruins of theatre, baths and office rooms of Roman merchants. Some areas in the Ostia district date back to 300 BC. It is a good place if you want to see the commercial parts of the city during the old times. We all know that it was the ordinary people that brought Rome to its glory. They fought in legions and were excellent merchants at the time.

Cinecitta Mussolini is a newer part of the city. It is a film studio that was established when the fascist power of Mussolini was at its height. In 1937, the cinema was used as an ideal propaganda tool. Even so, it is interesting to glance back to the old era to see the documentary evidence and newsreels of the Il Duce’s era. After the war, Cinecitta contributed a lot to the Italian film industry and it produced a very famous film in 1958, Ben Hur. There are other films that were produced by this studio, such as Cleopatra, Farewell to Arms, Three Coins in a Fountain, Roman Holiday and Quo Vadis. Cinecitta is open to public during summer and it is a great place to visit for people who are familiar with the Golden Age of Italian film industry in 1950’s and 1960’s.

Another place that you should visit is the Spanish Steps, which is consisted of 138 individual steps with 12 flights. Due to the differing widths, these steps can be challenging for the leg muscles. Nearby there’s the famous Barcaccia fountain. The Catacombs are old underground cemeteries under the city. Christianity forbade cremation and at the time, ancient Christians don’t have a land in Rome for burying their dead. The solution was to build underground facilities where people can be buried. The subterranean passages can be dug up to four level deeps.