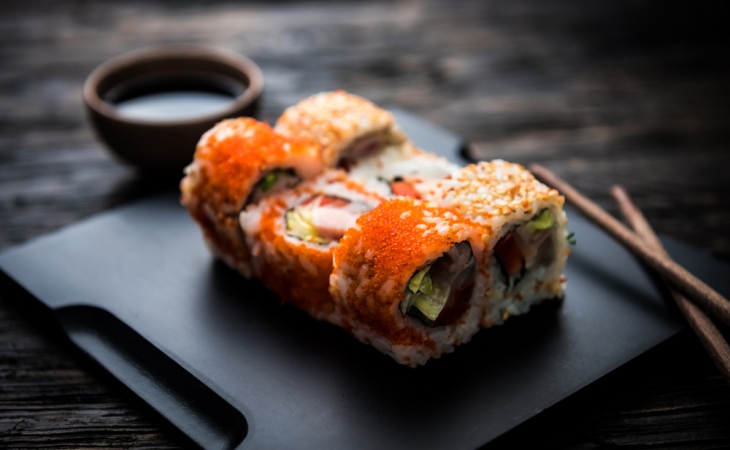 The world is filled with sprawling metropolises and sleepy towns alike that are home to some of the finest cuisine around. Made famous by travel shows and eclectic hosts, there are more than a few destinations that are ripe for exploration, cultural understanding, and most importantly—really good food.

Food lovers are often looking for an experience with their travel destination—with locations as rich with culture as they are with fine cuisine. Popular cities and countries for food lovers often specialize in presenting that experience and rewarding those who get off the beaten path.

All that being said—we’ve selected our top four favorite cities and towns any food lover needs to make a pilgrimage out to at least once in their lives. Next time you’re looking at flights, consider a ticket to these four travel destinations for food lovers.

The Mediterranean has always been a popular place for food, but it is this small country on the Atlantic coast that deserves recognition for its wide array of dishes and focus on the use of locally grown products.

Due to a less than desirable location and only one neighboring country, Portugal has had centuries to cultivate a palate and taste all its own. Wine is especially prosperous in the region, with exports from the country reaching well over several million bottles per year.

Seafood is understandably a cultural touchstone for Portuguese cuisine. Seaside towns like Lagos, Sintra, and Alvor are popular places to pick up a place of fresh seabass or some king cod.

What may be a surprising dish for non-locals is their wide collection of cheeses—including Serra da Estrela cheese.

Taking its namesake from the mountain range that permeates much of the country, this soft and mild cheese can only be produced in a 1000 mile area—making it one of the rarest cheeses in the international world.

America alone is a hotbed for some of the most diverse and inspired dishes anywhere on earth. However, at a size of 3.7 million square miles, the region is far too large to be looked at as a singular destination. That’s why we’ve chosen to instead focus on a western city situated in the middle of a vast desert.

The first idea that comes to mind when thinking of Las Vegas probably isn’t food. This Nevada town is known for debauchery, loose laws, and gambling. However, even Sin City has to eat sometime—and when you’re hungry here, your options are limitless.

The Las Vegas bar and restaurant scene is filled with food filled with meats, cheeses, and lots of calories. The eclectic mixture of street food and gourmet stylings makes for a trip you won’t forget.

Whether you’re eating carefully crafted house-fare at a Summerlin restaurant or nachos out of a literal trash can at Guy Fieri’s Las Vegas dive, you’re going to be eating like a king anytime you head out for dinner.

A stark contrast from Las Vegas excess, heading to this Mediterranean country for food will provide you with scenic views, recipes passed down through generations, and weather to die for. Italy has more than earned its reputation is the de-facto premiere food destination.

Starting with the famous city on an island, foods in Venice are focused on the bounty from the sea and doused in Italy’s famous oils and herbs. You can pick up a seaside codfish, floury Risotto, or Carpaccio in this dense hub of arts and culture.

If you’re more in the mood for pasta, you’ll need to head down to Bologna, where dishes like Tortellini and Tagliatelle are soaked in the locally-made Bolognese sauce. Bolognese sauce is made from meat like ground beef and veal, with a heavy focus on celery, Italian herbs, and spices.

Finally, there is Naples—a town that may be a little rough around the edges but isn’t afraid to make some incredible dishes. Neapolitan cuisine centers around perhaps their greatest export—pizza.

Pizzerias are all around this coastal town, and each feature pizza Margherita that is world-class. A tour of this town would not be complete with without as much pizza as you can stomach.

Finally, we’ll be moving far away from the modern west and into the far east, where isolation and traditional culture have made some of the unique dishes on earth.

Japan is home to more than 120 million people which fit into a land mass smaller than the state of California. While Tokyo deservedly has been considered to be a top food location in the country, you’ll find that some of the best dishes lie far outside Tokyo’s borders.

A trip to Kyoto will provide many options to eat at restaurants well over 400 hundred years old. In this former capital city, you can eat fresh sushi and a plate of kaiseki-ryōri, which is a sort of sampler platter for the type of treats you can enjoy in this country.

Seafood is the menu item of choice, whether you’re eating in Tokyo or Ōsaka, so you can expect squid, octopus, fresh crab, and many combinations of the three. While you’re there, you can also travel inland to the mountainous center of the county, where mountain plants called sansai are a local delicacy.

When it comes to Japan, a reverent culture and ancient history of the county makes a trip out there even more valuable then the foods you can eat.

With any of our top four travel destinations for food lovers, the meals are only half of the experience. Be sure to venture far away from the food carts and fine dining establishments and get a sense of the culture that breeds good food.

Traveling off the beaten path—be it in the Nevada desert or Apennines mountain range—will often provide experiences and foods in parts unknown that are sure to be remembered for a lifetime.