How To Support Your Child’s Creativity 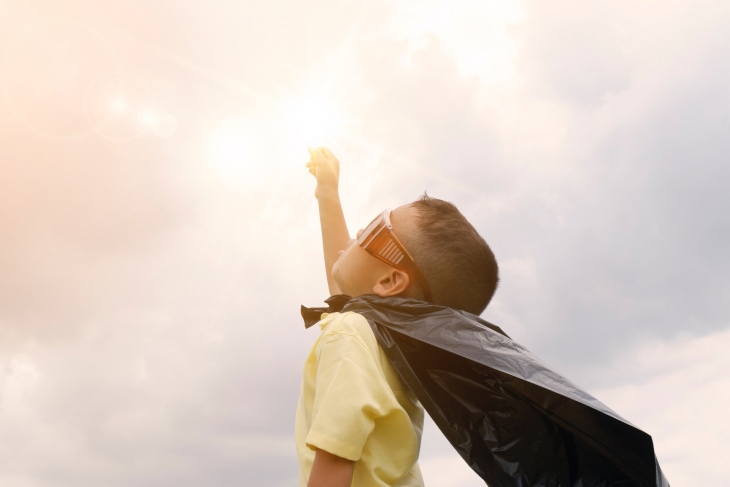 Creativity in a child is something you definitely shouldn’t suppress. When a child’s imagination runs free, they come up with innovative ideas that brighten their and your day, they have a better time playing with friends and by themselves, and they get by easier as adults. To a creative mind, the world is never boring or drab, and there are always opportunities for fun. You should channel your child’s creativity while they’re still young so that they can gain new skills and be more capable and smarter adults.

1. Let them disagree with you

Just because you’re the parent doesn’t mean you’re always right. Your child should have the opportunity to state their own ideas and thoughts and express their feelings regardless of if you share them. They don’t have to have the same opinion as you on any topic, really.

The important thing is that they give you structured and logical arguments behind their opinion. Challenge them, but don’t reprimand them. Not only will this support their creativity, but it will also teach them that not everyone needs to think the same. They’ll be much more tolerant as an adult, and they won’t have a hard time changing their opinions if someone proves them wrong.

The best way to get a child thinking is to ask them questions. Whenever they draw or make something, ask them about it. They’ll surely be proud of their creation and bring it to you to show off as soon as they finish it. Don’t just tell them it’s nice- genuinely take interest in what it is, how it works, and why they came up with it in the first place.

They’ll be glad to tell you everything and the conversation will get them thinking. This will inspire them more and get their imagination running. Soon enough, they’ll have an elaborate story behind every invention or drawing, and they’ll run to you right away to share their genius. A simple “why?” can have a lot of effect and encourage your child to think about everything they do.

As they get older, this may transfer to other things. They’ll think of stories behind people’s smiles, they’ll come up with a story for the flower they found when they were coming home, and they’ll have the most brilliant essays in school.

3. Teach them a new language

Children learn languages best when they are young. They’ll pick up the grammar and the vocabulary much faster than adults, and they’ll have a much easier time using it. If English is their mother tongue, they might benefit from courses which let them know the language on a deeper level. If not, it’s best to enrol them in a suitable course. English for kids is a great way to teach your children the language and equip them for the world. Everybody today speaks English, and your child will surely use this language as they get older.

If it turns out that they’re quite good at languages and like learning them, you can find courses in French, Spanish, German, or anything in between, too.

Allowing your kids to be free and creative around the house sounds good in theory, but it’s not so fun when they ruin the furniture, the walls, and stick you with the mess. Still, you shouldn’t be so bossy. Allowing them some freedom and autonomy will let you know what their interests are, get you closer to them, and show you how they express themselves.

A good idea is to set a certain zone in the house and let your kid go wild in it. It can be their room, the yard, the garage, or any other area you think of. The important part is that there is no

The key to bringing up a happy child is understanding their likes, dislikes, and how they think. Recognizing your child’s creativity is the first step in nurturing it. You’ll have a lot of fun figuring out what activities they like best together. More importantly, you’ll get to watch them grow into a happy and capable individual who has a wide skill set and can do anything they set out to do.

The Big Day Has Come – Are You Ready for It? 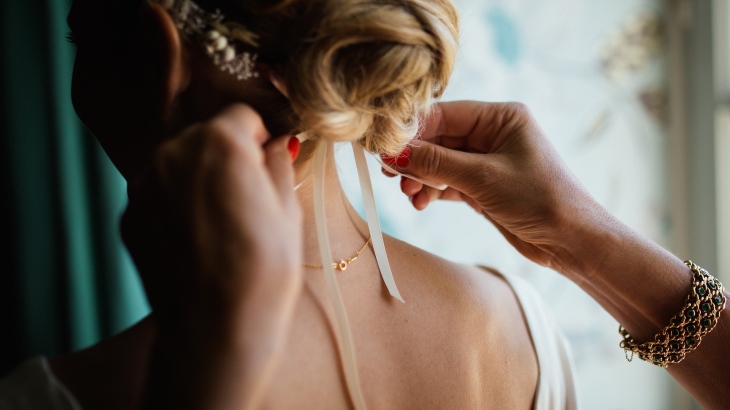 With all the pre-wedding jitters and planning the entire event to the smallest detail, thinking about your own look will probably be one of the most stressful steps. From making sure your hair appointment is scheduled, to actually living to see your dream hairstyle with your wedding gown and the perfect maquillage to complement the entire look, it would be an understatement to say the whole process is nerve-wracking. However, if your big day is approaching quickly, this is what you need to make sure of in order to be completely ready to walk down the aisle.

Your hair will need to shine

Making sure your locks are in tip-top shape is one of the essential steps in wedding preparation. Having in mind that you’ve already booked your hairstylist and talked to them about the way your hair should look, now is the time to put the work into action and create the perfect locks. In case you haven’t done anything with your hair in a few months, you might want your ends trimmed so that the hair will get a fresh look and make the curls stand longer looking as fabulous as ever.

Get your skin glowing

A proper cleansing, moisturizing and toning routine should be on point from the day you book your wedding venue. You’ll want to look your best and have makeup sit flawlessly on your face, which will require dedicated skincare. In case your face needs a bit of touch-up, have a facial at least a month before the wedding so that on the big day you don’t have to fight discolouration, spots or nasty blemishes. You might also be interested in a glycolic peel, which you should schedule 2 weeks before the wedding.

One of the most important aspects of wedding preparation is certainly make-up. You should make sure to pick out the look that will best emphasize your facial features and bring out the most of your natural beauty. Your eyes should definitely take centre stage, which is why you may want to add a wow effect with eyelash extensions. Make sure you look for a professional who’ll use quality eyelash extensions and schedule your appointment for a week prior to the big day. Test various makeup looks to find out which suits you best, and always have a backup for the original vision of yours.

A pearly white smile is an absolute must, so be sure to use plenty of whitening kits in the month before the wedding. From whitening strips to toothpaste and various kits from the pharmacy, to homemade hacks, you can easily get a shade or few lighter a smile that will look absolutely stunning on your wedding photos. In case none of the options work, feel free to visit your dentist and have professional teeth whitening treatment that will ensure a Hollywood-like smile for weeks to come.

Get a spray tan

Are you getting married in the winter or spring, and you didn’t get the chance to pick up some of that bronze tan? Worry not because with a little bit of spray tan, you’ll get the perfectly sun-kissed skin that will look absolutely stunning in your white gown. Just be sure to schedule a trial spray tan to see which shade will be the most suitable for your skin tone. You do not want to look like Oompa-Lumpa, so schedule a trial at least a month before the big day. If you’re happy with the results, schedule the actual appointment two days before the wedding so that the colour would sit well on the skin and make your glowing tan as natural as possible.

There’s not an elegant bride without perfectly polished nails. Therefore, don’t forget to make a mani-pedi appointment and get your nails and toes buffed and polished to perfection. For those brides who’d like a gel mani, it’ll be necessary to make an appointment one to three days before your big day in order to look fresh and last even through your honeymoon. If you opt for regular nail polish, use a long-lasting top coat to ensure a shiny and durable manicure.

Getting ready for the big day is quite a challenge, but with this small guide, you’ll have no trouble keeping up with everything. Just make sure you plan everything in advance and schedule appointments on time, to avoid any additional stress. 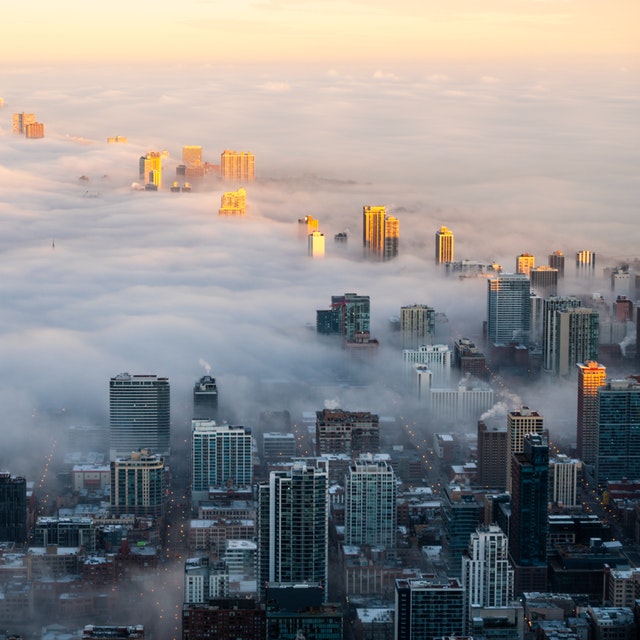 Hamburg is considered an important port in Germany where many cruise liners and ships stop off during trade and visits. Unfortunately, when the ships are travelling to the city they burn fuels which contribute to the air quality in the environment. Because of this, officials in the government have been wanting to reduce the pollution caused by the shipsA smart solution that’s been introduced Hamburg is ‘shore connection’, an initiative introduced from Siemens which allows the ships to turn generators off while they’re waiting in the port but attract energy from the mainland.

Internet of Things (IoT) is a technology that has been introduced in recent years and Glasgow have adopted this to reduce air pollution. Sensing the City is a project that is helping the city to reduce emissions and improve the air quality.

Is uses an IoT sensor node to help monitor the air quality in the city through mobile technology. This is an alternative compared to Glasgow’s current sensing stations that are considered high-costing, but they work hand-in-hand to provide accurate data for the city. It can consider outlays from cars on the road, industrial ventilation systems in commercial buildings, the pollution given off from construction projects and more.

Oakland are using Google cars that have sensors attached to them to help map air pollution. They were introduced to the streets back in 2015 and drive over 400 miles to provide an adequate sample size to test with.

It helped to discover different pollution levels in the city, with some areas having major differences even though they were only one block apart. The findings provided evidence that high levels of air pollution are situated in their area and arguments can be made against further industrial projects being introduced.

Innovative ideas are never far in the spotlight with Beijing and another has been introduced to reduce the issues of climate change and air pollution. It’s evident from cloud of smog that currently covers the overhead of the city.

The smog-free tower was designed by Dutch designer Daan Roosegaarde. The idea of the tower is to suck in harmful particles that hover in the air and replace it with clean filtered air around the city. It’s estimated that it cleans around 30,000 cubic meters of air every hour, using minimal energy.

The UK government has already announced for the banning of gas and diesel cars by 2040 with the initiative to adopt hybrid and electric cars in the future. The project is known as the Road to Zero project with the goal of having cleaner air in cities.